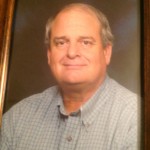 In life Tom believed family and friends to be the most important thing anyone could have. During our 41 years of marriage, a plan was never put together and executed without addressing its impact on the family and our quality of life. Tom and I were childhood sweethearts and we did everything together. He proudly served his country for ten years in the Navy, and then worked as an Engineer/Scientist for 32 years in the Aerospace industry.

He worked his entire life to ensure we had a bright and prosperous future. He worked full time while going to college full time and graduated Suma and Magna Cum Laude. He was our rock and foundation. His commitment to family and friends never wavered either before or during his fight against kidney cancer. If someone had a difficult situation and needed help they went to Tom. He was always there, whether the need was a place to live, financial help, or just listening. Tom often read poetry to us. He would joke with people and tell everyone I was his starter wife.

Tom was a warrior when we faced the challenge of being diagnosed with kidney cancer. He believed we would win this fight! He was always concerned about the stress and strain on his family. Not one time during this 26 month battle did Tom ever complain or get mad about having cancer. The closest he ever came was after one of the surgeries, when he was in intensive care, I told him to take deeper breaths and he said, “I can’t, even my hair hurts”. It was always thumbs up and positive.

Tom had the strongest will to live of anyone we have ever encountered. He had an unbelievable concern for all the doctors, nurses, and techs with the fact that all they ever saw was so negative. So from the very beginning, he started telling jokes to lighten the mood. This would become his signature throughout our medical travels and towards the end it was the sign of how bad he was when he didn’t stop to tell them jokes. These new friends never left our side as Tom’s life on this earth came to a close.

Our kidney cancer journey turned our world upside down. It was late August of 2009 when Tom first started feeling a little off; he had started losing a substantial amount of weight, had night sweats, and was extremely fatigued. A doctor’s appointment was scheduled, tests were run and on September 4, 2009 at 4:07pm the test results came in stating the scan showed a large tumor measuring 10 cm on his left kidney. On September 15, 2009 Tom was admitted into the hospital and his surgery was scheduled for the following day. The surgery took 9 ½ hours; Tom lost a rib, the left kidney, and numerous lymph nodes. It took seven days for the pathology report to confirm it was Renal Cell Carcinoma, Clear Cell and there were clear margins. We laughed and cried when Tom was declared cancer free. Over the next two months he continued to have scans to ensure the cancer did not re-appear.
The nightmare came back to life 90 days later when it was confirmed that the Cancer was back. In January, 2010, a tumor and a section of his colon were removed. Pathology once again confirmed clear margins. The following month would bestow an abscess and he was again admitted into the hospital. Tom’s Oncologist advised us that a more systemic approach needed to be incorporated into the treatment. So late March 2010, Tom started the first chemo treatments, a drug called Votrient. Tom insisted on continuing to work, so we figured out how to configure the bag and drain lines for Tom to take a shower. He developed a method to wear his dress clothes, and I drove every day to his office to give IV medications and flush the drain line (the drain exited his back). In the beginning I did not understand this need to work, but as things progressed I understood Tom’s need to be in control and not let the cancer dictate to him.

Well April 2010 produced another abscess, once again requiring Tom to be hospitalized and more drain tubes inserted. The chemo drug had to be stopped until he could recover. By the time he was released from the hospital this time we were old hands at handling all the issues with the drain and IV medications. He once again returned to work with me driving every day for IV and drain treatment. He would eat his lunch and tell me all kinds of stories for the hour it took.

In May 2010, Tom started back on Votrient. However, mid-June Tom became very sick and was admitted back into the hospital. Another abscess; this time when the drain was inserted a large tumor directly behind the abscess was now visible. Surgery was scheduled and this time he would give up his entire colon. The surgeon was very worried about how the surgery would affect Tom since the recovery would be difficult, and he just kept saying losing a colon would be a major set-back. Tom and I both laughed and explained not to worry, as we had a secret weapon. Ethan, our teenage grandson, had lost his colon the year before. We had experience with this and knew what Tom would face. Three weeks after surgery Tom returned to work.

Now by this time everyone had figured out Tom was a warrior; he would not give in to this kidney cancer and he summoned the greatest will to live that any of us had ever seen. However, the pathology report was not good news; renal cell carcinoma was present throughout the colon and was positive in the lymph nodes. The scan in July 2010 revealed the cancer had metastasized to his lungs, and numerous tumors had appeared in the renal bed as well. Tom started a new drug called Torisel. Torisel held all the tumors at bay and actually shrank some of them until September. Now everyone knows that when you get a chemo treatment it makes you very ill. Well not Tom! The day after his chemo treatment was his best day. Torisel was holding the numerous tumors in his lungs but the ones against his spine, in the renal bed, and behind the pancreas had started growing. So our Oncologist made arrangements for a second opinion in Houston, and stopped the Torisel treatments. We packed and travelled to Houston for an evaluation and recommendations. The trip was extremely difficult on Tom. Tom did not qualify for the one kidney cancer trial. As we pulled out of Houston, I called his Oncologist, to explain we would be back in Alabama in two days. So Tom’s appointment was scheduled for the day after our return.

In October 2010 Tom was put back on Torisel and we met with a Radiation Oncologist who had good experiences treating Renal Cell Carcinoma. He explained that in certain circumstances he had success shrinking tumors by 75%. Tom fell into this category; so 17 radiation treatments were scheduled. Late October he would have another blood transfusion, have weekly Torisel treatments, and radiation treatments every day Monday through Friday until 17 treatments were completed. I do have to say Tom was going to work every day! Right after Thanksgiving, in November 2010, Tom started getting very sick. His scan reflected everything was back in the growing mode. Torisel was stopped and Nexavar was started on the first of December. We had a great Christmas and Tom was in great spirits. He had told me he had been worried about seeing Christmas.

In February 2011 Tom started having severe headaches and his blood sugar levels were all over the place, so scans were ordered and confirmed that the tumors were growing and multiplying. Due to the blood sugar problems, the Endocrinologist converted Tom to insulin. Tom started a combo treatment of Interferon and Avastin. In late March when I was hugging Tom I felt a large lump on his back, so off to the radiologist we went. One of the tumors had grown through where the drain tubes were and had come out the back. Another 17 treatments of radiation were given.

Tom started another drug treatment called Afinitor in April 2011. One day after starting Afinitor, Tom started having massive vomiting and massive pain in the chest and renal bed that required him to go back to the hospital. Due to their size some of the tumors were causing pressure on adjacent organs. One night when we were going to bed I told Tom I was getting very scared. Tom’s comment ”There is nothing to be scared of; I’ll let you know when it is time to be scared.” He finally agreed it was too difficult for him for go to work. He absolutely hated not working.

A few weeks later Tom started talking about doing things he had on his bucket list. So for the next four months we worked his bucket list. In spite of complications like neurological problems and TIAs’ we packed up and took him to see the Smithsonian. After returning from our trip we went for check up at the Oncologist, when his heart went arrhythmic. September 2011 required another hospital stay of thirteen days. Tom kept telling everyone, “Look I haven’t ever spent this much time in the hospital.” We went home for 4 days, only to be readmitted in October 2011. Tom was losing weight and the scans showed the tumors were growing again. He was once again scheduled for surgery. He lost all but 8 feet of his small intestine. Tom had insisted he not be placed in intensive care but put in a room so I could stay with him. His doctor honored that wish and on the morning on October 17th, our 41st wedding anniversary, we celebrated with ice chips and a bottle of water. On Tuesday, October 18th, Tom passed.

Why do this? Tom had a saying, chose your battles well and prepare for war. Tom’s will to live, his love and dedication to his family and friends while enduring this horrible battle against kidney cancer has quite frankly got our backs up. He was my best friend, the love of my life, and my life. Tom would say either you are a part of the solution or part of the problem. Our mission will continue this War on kidney cancer by providing educational material for patients and their families, and the Research Scientists with funds they so desperately need to find a cure and stop another family from losing their Tom.